Just as Airbnb turned spare rooms into extra income, cities should start making money from their own real estate

Most cities are strapped for cash – in rich countries, as well as poor ones. Many investments in infrastructure, public facilities and city development have to wait, even when they are well worth their costs.

A mounting backlog of public investment can lead to poor transport, congestion, a degraded water supply and, apart from those practicalities, an unattractive and deteriorating city environment. In fact, some cities end up in a vicious cycle where dilapidation induces employers to move elsewhere.

With limits to how much money can be raised through local taxes, many cities invite the private sector to help finance vital infrastructure investments. While this may give access to immediate financing, it does not always lower total costs in the long run. Asking the private sector to fund an investment always comes with a price tag. The private sector only helps out when it can either make a profit and/or is supported by a government guarantee to raise the necessary finance at the same cheap rate available to the public sector.

The answer may be that the government lacks the organisation and skills to design and run such a project. Also, the debt would most likely be hidden on the government balance sheet and therefore avoid criticism for increasing debt and fiscal risk that could jeopardise a future political career, as well as public wealth.

But there is a better answer. Surprisingly, most cities neglect what should be their first port of call – the huge potential of putting the resources and capabilities they already own to better use.

What seems to be mostly forgotten is that all local authorities own a vast number of assets that could generate a return if properly managed.

These city assets are a bit like owning a car or a spare room before the arrival of Uber and Airbnb. Cars and spare rooms were just a cost, and at worst a financial risk, until they were turned into productive assets that could generate income. With tools like Uber or Airbnb, there is no need to sell the car or sell the house for having too many rooms in order to afford a vital investment. It would be enough to manage these assets properly and make a decent return.

Most cities have poor knowledge of what assets they own and which might generate an income if managed properly. The lack of a proper inventory, valuation systems and accounting standards ultimately lead to poor asset management. City authorities that make use of public real estate and other assets are often faced with restrictive regulation and dysfunctional incentives that encourage waste and low-value use.

The modern version of Airbnb and Uber for public finance is the urban wealth fund. This is simply a government-owned holding company at arms-length’s from short-term political influence. It can engage the relevant professionals that make it possible for local government to manage investment projects in the same way as any private sector partner. More importantly, when entering into joint ventures with the relevant private groups, it would be as equals.

With such professional capacity, an urban wealth fund would be much better at specifying what precise requirements are needed – improving the odds against projects becoming unnecessarily large or leaving too much profit to the private sector, which has often been the case in the past. 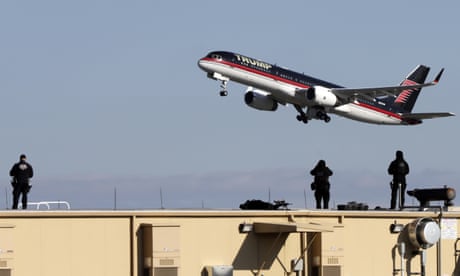 Public-private partnerships are risky, but can pay off

To book Dag Detter for your next conference, email: Sandran@connectspeakersbureau.com