Professor Yueh is Adviser to the UK Board of Trade and Member of the Independent Review Panel on Ring-fencing and Proprietary Trading of the UK government. She is Chair of the Royal Commonwealth Society and Trustee of Malaria No More UK and the Coutts Foundation, where she is Chair of the Audit, Finance and Investment Committee. She is a Non-Executive Director of the following publicly listed companies on the London Stock Exchange: Rentokil Initial plc and SEGRO plc, both FTSE 100 companies, Senior Independent Director of Fidelity China Special Situations plc, a FTSE 250 investment trust, and Chair of Baillie Gifford’s The Schiehallion Fund Ltd, an investment company listed on the Specialist Fund Segment of the LSE Main Market. She serves on the Advisory Board of LSE IDEAS and on the Policy Committee of the Centre for Economic Performance (CEP), both at the London School of Economics. She is a Fellow (FRSA) of the Royal Society of Arts.

Dr Yueh is a widely published author who has written/edited 10 books. Her latest book, The Great Economists: How Their Ideas Can Help Us Today (Viking/ Penguin Random House), was selected as The Times’s Best Business Books of the Year. The U.S. edition, What Would the Great Economists Do? How Twelve Brilliant Minds Would Solve Today’s Biggest Problems (Picador/ Macmillan), was Newsweek’s Best Books of the Year.

She is a TV and radio presenter, including for BBC Radio 4 and the World Service, as well as having fronted BBC TV series, such as The New Middle Class, Next Billionaires, and Working Lives. She was Chief Business Correspondent for BBC News and presenter of Talking Business with Linda Yueh for BBC World TV and BBC News Channel. She had been Economics Editor and anchor at Bloomberg TV.

Professor Yueh has advised the World Bank, European Commission, Asian Development Bank, World Economic Forum in Davos, among others. She was a Non-Executive Director of the publicly listed companies: Baillie Gifford’s Scottish Mortgage Investment Trust plc and JPMorgan Asia Growth & Income plc. She was previously Co-Chair of the Global Cities Business Alliance (GCBA) of London First; Board Member of London & Partners; Advisory Board Member of The Official Monetary and Financial Institutions Forum (OMFIF); advisor to the British Chambers of Commerce (BCC); and Advisory Board member of the British Science Association’s For Thought Summit 2019. 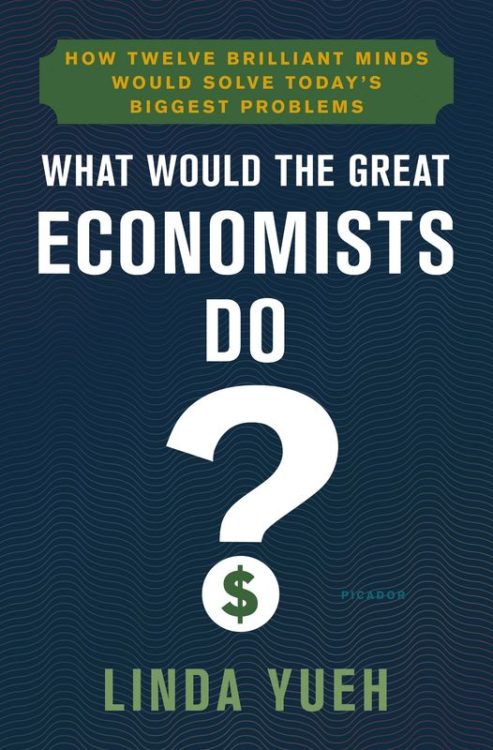 “What Would the Great Economists Do? comes at the right time: a highly accessible and acute guide to thinking and learning from the men and woman whose work can inform and ultimately aid us in understanding the great national and global crises we’re living through.” –-Nouriel Roubini, author of the New York Times bestselling Crisis Economics: A Crash Course in the Future of Finance

A timely exploration of the life and work of world-changing thinkers―from Adam Smith to John Maynard Keynes―and how their ideas would solve the great economic problems we face today.

Since the days of Adam Smith, economists have grappled with a series of familiar problems – but often their ideas are hard to digest, even before we try to apply them to today’s issues. Linda Yueh is renowned for her combination of erudition, as an accomplished economist herself, and accessibility, as a leading writer and broadcaster in this field. In What Would the Great Economists Do? she explains the key thoughts of history’s greatest economists, how our lives have been influenced by their ideas and how they could help us with the policy challenges that we face today.

In the light of current economic problems, and in particular economic growth, Yueh explores the thoughts of economists from Adam Smith and David Ricardo to contemporary academics Douglass North and Robert Solow. Along the way, she asks, for example, what do the ideas of Karl Marx tell us about the likely future for the Chinese economy? How do the ideas of John Maynard Keynes, who argued for government spending to create full employment, help us think about state intervention? And with globalization in trouble, what can we learn about handling Brexit and Trumpism?